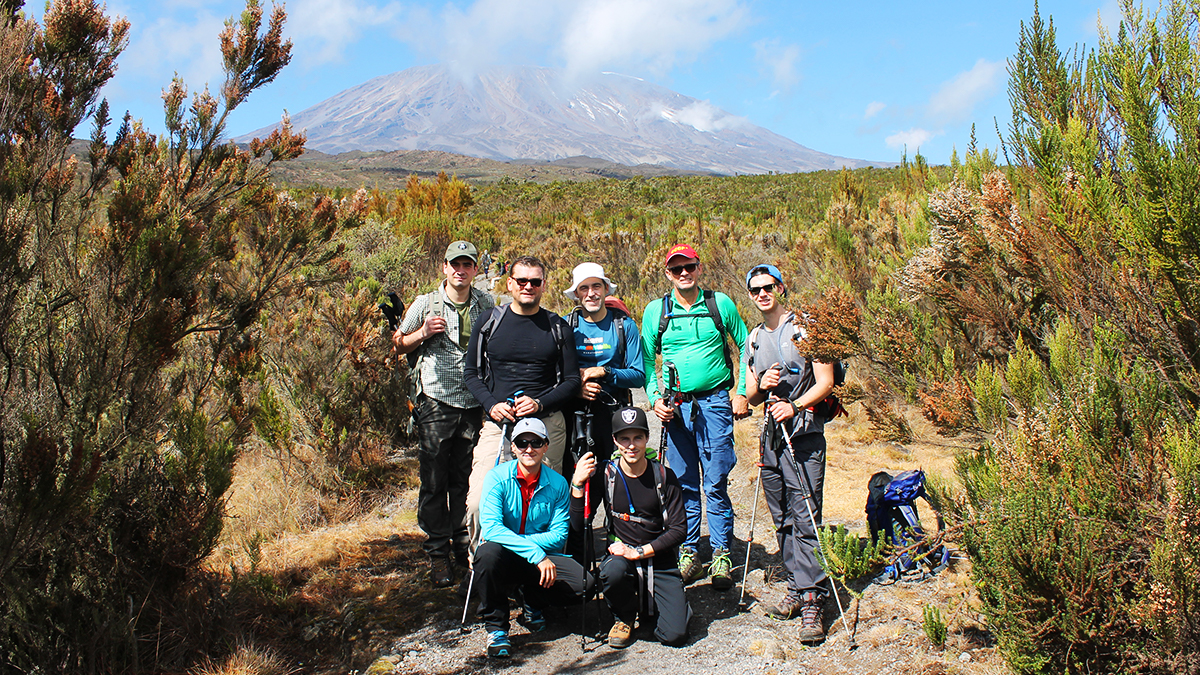 In 2015, the OLMA team raised funds for the Downside Up charity through an expedition to climb Mount Kilimanjaro, the highest summit in Africa.

Downside Up is an organisation that assists and provides support and advice for Russian families who are raising children with Down syndrome. Downside Up develops innovative child training and parent support methods, disseminates knowledge and experience among Russian professionals, and works to raise public awareness about Down syndrome with the aim of changing attitudes. Downside Up provides all of its programmes to families free of charge.

The OLMA team financed their own travel and expenses for the Mount Kilimanjaro expedition and each member raised funds for Downside Up . OLMA matched every euro raised by individual team members, doubling the amount finally donated.

The initiative was inspired when the OLMA team learned about Downside Up when Jeremy mentioned that he was about to climb going to Mount Kilimanjaro. After the team insisted on knowing more, he explained that he had challenged himself to climb Mount Kilimanjaro year after year to raise money and awareness for the charity. He stated that this personal challenge, to climb Africa’s highest mountain, is nothing compared to the daily struggle felt by Russian children with Down Syndrome. The OLMA team decided to share Jeremy’s challenge to help him and his charity; and together, we climbed the mountain alongside him.